Sabine Lisicki has done the unthinkable~  Beaten Serena Williams the world champion and No#1 player of the WTA.  No one could have expected that Serena would lose as she was in form and looked to have a clear path to the trophy with both Sharapova and Azeranka out of the way.  Lisicki was crying emotionally after winning the match even in the post match interview.

Now with Serena out all the Champions have fallen.  Rafael Nadal was first out Roger Federer second Maria Sharapova 3rd and now Serena Williams.  All other champions dropped out due to injury built up through the year or earned on this slippery grass surface.  SW19 has taken its toll on tennis and although it is often thought of as the dream of all tennis players, this year has created many nightmares for players as Wimbledon dashes their hopes.  The few champions left in the game are Djokovic and Kvitova

On the bright side, we are seeing good tennis from players whom we may have never heard of and possibly will not hear from again as all giant killers have lost their following match.  For up and coming players the heavens have opened and a chance to go deeper than they ever have.  Like any novelty, it’s fascinating to watch although I think many people have dropped off watching or caring for Wimbledon.  There is no favorites any more. Good luck to all the upcoming players.

UPDATE: This picture shows how gracious Serena Williams was in defeat.  She also waited patiently for Lisicki to exit Wimbledon court together. Very impressive for someone who hates to win as much as she does! 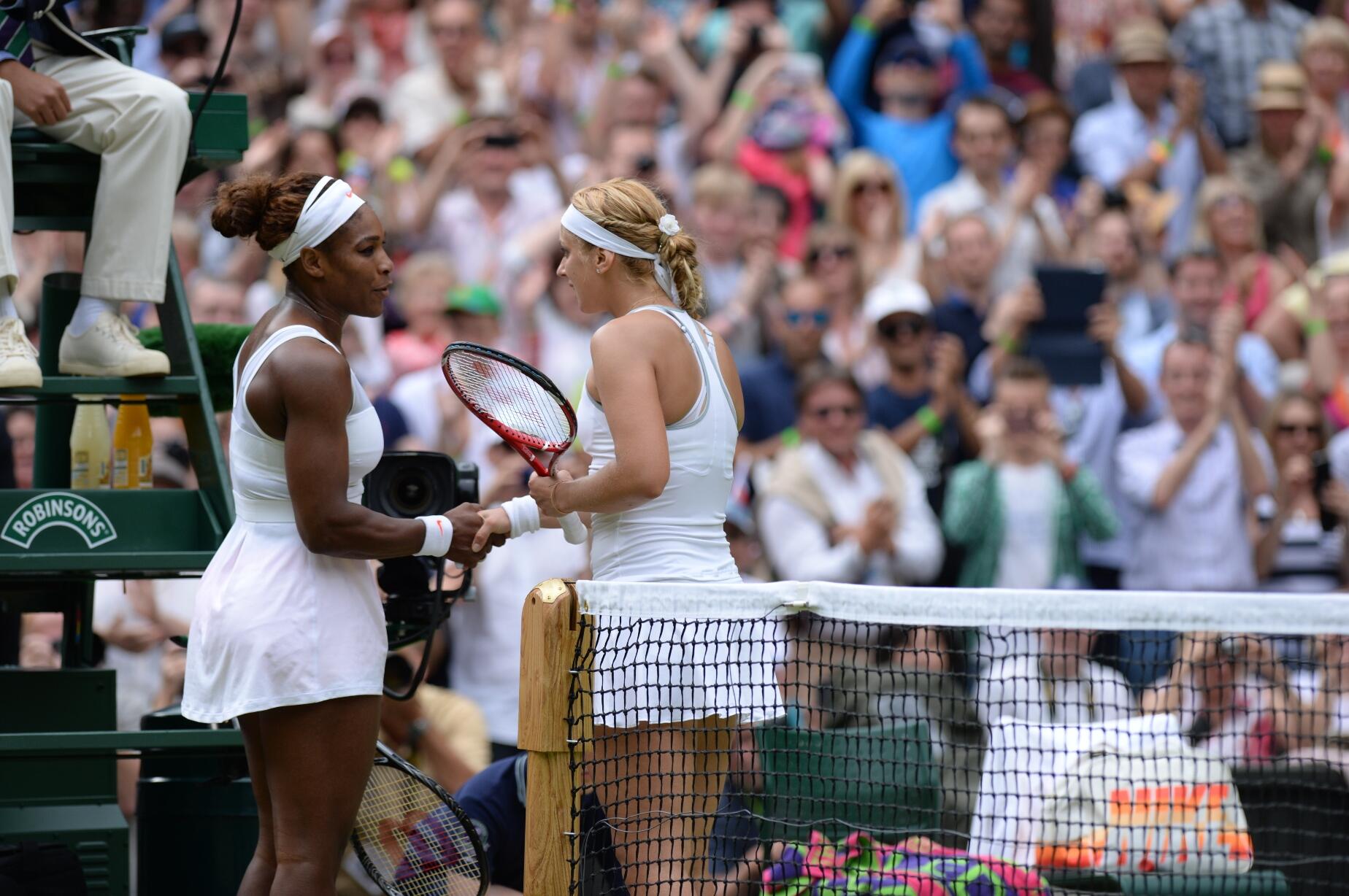