“You obviously know he’s capable of doing certain things, and you try and make life as tough for him as possible,” said Devvarman, who played college tennis at Virginia. “In my case today, I didn’t execute. And sometimes even when I did, I feel like he came up with the better shot.”

“I think I’m playing OK,” Federer said in something of an understatement, considering he’s dropped 11 games through six sets so far. “Definitely think the next match is going to be sort of the big test for me, to see exactly where I stand. I’m happy that I was playing offensive and aggressive tennis in the first two matches, because I had the opportunity, but I didn’t back off and start to play passive tennis and wait for mistakes. So I took it to my opponent,” said Federer, the 2009 French Open champion. “But really, I think I’ll only know more after the Benneteau match, to be quite honest.”

Benneteau explained, “Obviously it’s all pretty tricky, (playing) Federer. He breezed through the first two rounds. He plays very well. … You know you’re going to have to really ramp up a gear.” 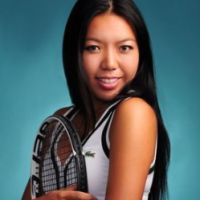