“I’m realistic. I know there is a chance. At the same time, I know how hard it is.” Roger Federer is daring to dream, momentarily, about a second French Open title.

“I’m pumped up to be in the quarter-finals again, said Federer after wrapping up victory on Monday. 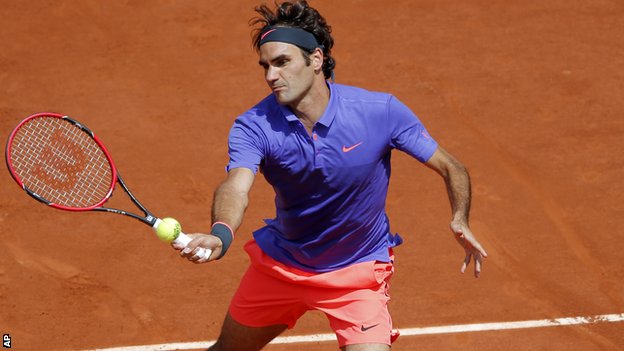 The fourth-round match with Frenchman Monfils was suspended for bad light late on Sunday with the tie evenly poised at one set all.

But 2009 champion Federer needed only about an hour to finish off 13th seed Monfils.

“At this stage it’s about progressing in the tournament,” added Federer after securing an 11th Roland Garros quarter-final.

“What’s important right now is that I am physically fresh for the back end of the tournament.”

Roger Federer will play compatriot Stan Wawrinka for the 19th time on Tuesday, and the third at Roland Garros.

Federer, three years older at 33, leads their head-to-head a more-than-convincing 16-2 over 10 years.

“For us, it’s always special to play each other. I’m quite positive about it. So there will be a Swiss guy in the semi-final.

“That’s positive. I hope I will reach the semi-final of a tournament. I will pull out all the stops to advance to the next round. If I will not make it, I will be very happy for Stan.”

Are We Heading Towards Another Fedal?